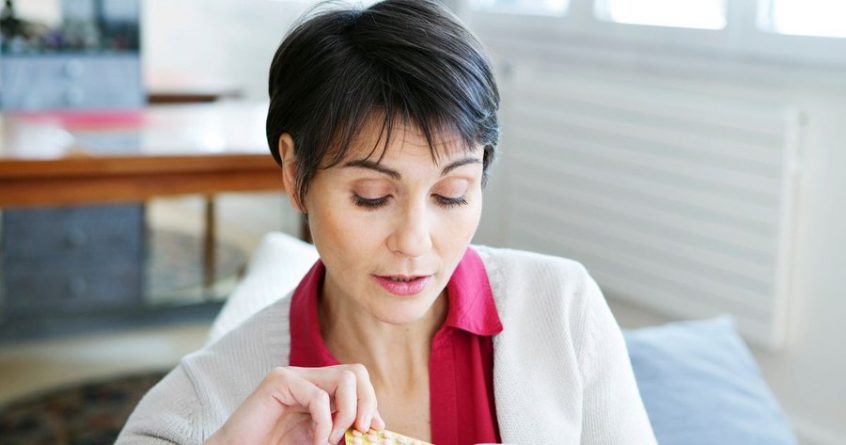 There’s general agreement among experts that the risk of breast cancer with HRT should be weighed up against its ­benefits for helping women through the menopause and beyond.

As a woman’s life expectancy now exceeds 80, many will live a third of their lives after the ­menopause.

And more than three-quarters of them have menopausal symptoms that affect daily life, such as brain fog, hot flushes, palpitations, difficulty sleeping and low libido. A quarter describe their symptoms as severe.

These can last seven years on average, and a third of women have them for even longer.

The modern approach is a personal one, including advice on exercise, ­optimising weight, stopping smoking and reducing alcohol consumption, as well as hormone replacement therapy.

And the latest evidence on HRT is reassuring, according to Haitham Hamoda of King’s College London and Sara Moger, from the British Menopause Society in the BMJ.

And given that women will be able to access low-dose HRT from pharmacies without a prescription for the first time from September, it’s something we should be aware of.

We have now clear evidence of the benefits of HRT, including improving quality of life, and no arbitrary limits should be placed on length of use. With oestrogen-only HRT there’s little or no change in the risk of breast cancer, while combined HRT (oestrogen plus a progestogen) can be associated with a small increased risk.

But that risk is low and depends on how long it’s taken for and may vary with the type of progestogen used. For most women troubled by symptoms, the benefits are likely to outweigh the risks, believe Hamoda and Moger. NICE’s review of trials and studies shows HRT also significantly protects against bone fractures related to ­osteoporosis and helps prevent ­osteoporosis in both the spine and hip.

This protective effect isn’t seen among women who start HRT more than 10years after the menopause. But there’s no actual increase, however, in risk of cardiovascular events, cardiovascular mortality, or all-cause mortality if they do.

And there’s a lower death rate among women aged 50-59 who take it for an average of 5.6 years (combined HRT) or 7.2years (oestrogen only), compared with a placebo.

It’s a favourable report and should make women feel more confident steering their way through this challenging time in their life.