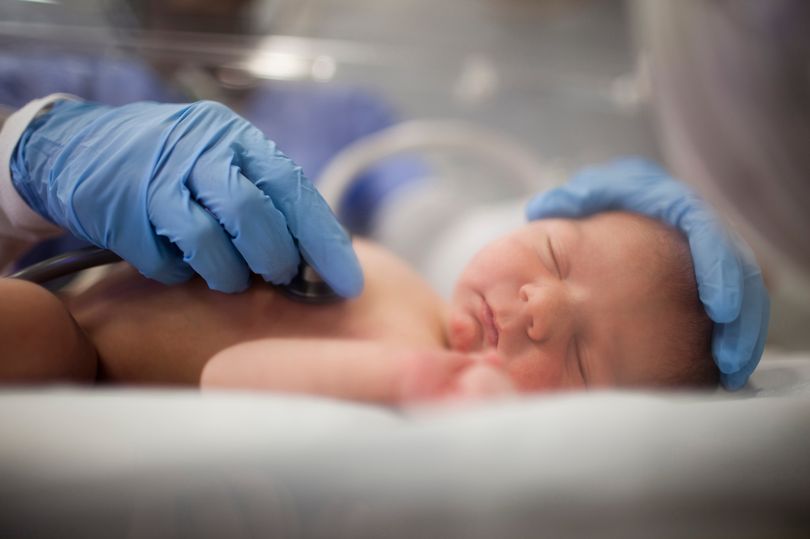 No one knows what causes ­premature births, and it is the biggest killer of babies in the UK with nearly 1,400 dying every year.

However, scientists now think infection in pregnant women could increase the risk of a baby being born pre-term.

Researchers believe premature births may be caused by bacteria passed on to mothers during sex.

Common bugs that can be ­transmitted during intercourse or oral sex could end up in the placenta and increase a woman’s risk of going into labour before 37 weeks.

Two bugs (mycoplasma and ­ureaplasma) can be transferred from person to person during sex though they’re not strictly STIs.

They are types of bacteria that may live harmlessly in the urogenital or respiratory tracts of healthy adults, but they can cause infections.

Infection is caught through direct contact with diseased cells – either by genital to genital or mouth to genital.

Scientists say understanding the presence of bacteria during pregnancy could help develop more targeted medicine to stop premature births – and save lives.

Researchers at ­University College London and ­Imperial College London have found a link between those born prematurely and unhealthy bacteria in their mothers’ placentas, adding to growing evidence that infections during ­pregnancy can trigger pre-term birth.

Study author Dr Lydia Leon of UCL said: “We did observe a higher number of known pathogenic bacteria, such as mycoplasma and ureaplasma, in the placenta of women who had a pre-term spontaneous birth.”

The World Health Organization says 15 million babies a year are born premature, raising risks of disabilities such as ­cerebral palsy and delayed language and motor skills.

The UK scientists hope their work can offer hope of preventing pre-term births that endanger 60,000 babies every year in the UK – or one in 13.

Previous research has also found the infection can be passed from mother to baby in the womb or during vaginal childbirth. But there is limited ­knowledge surrounding these type of infections and any long-term damage they may cause, said Dr Leon.

She added: “Our understanding of spontaneous pre-term birth is ­relatively limited. That was the ­motivation for the research.”

In a related study earlier this year, Imperial College researchers suggested that looking at bacteria living in women’s sex organs could determine if they were at risk of pre-term birth.