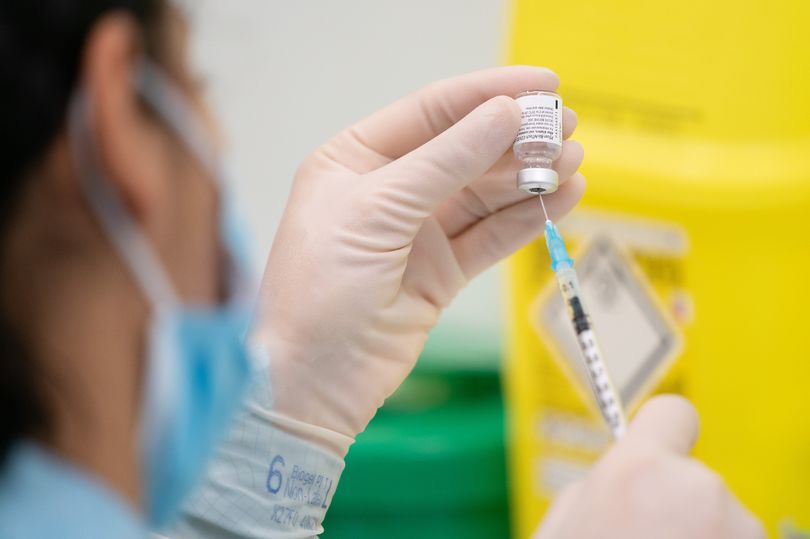 There are two ways to protect ourselves against infections using antibodies. The first is to be vaccinated and encourage the immune system to produce them ourselves – that’s known as active immunity.

The second way is to receive already formed antibodies in an injection – this is called passive immunity.

Using passive immunity could mean that several hundred thousand Brits who are too weak to be vaccinated may soon be protected from Covid.

If someone’s immune system is undermined by disease, age or chemotherapy, the only option to protect them against Covid is an antibody treatment.

Now scientists at AstraZeneca have come up with an antibody jab for people who are too frail for a vaccine. In trials this “prophylactic monoclonal antibody” has been effective in preventing Covid for six months to a year.

If final trials prove it’s effective and safe it could be given to vulnerable people during the first three months of next year.

“We have high confidence that this will work,” said Sir Mene Pangalos, who heads up AstraZeneca’s biopharmaceuticals research and development department.

“Given the potency of these ­antibodies to eliminate the virus, which we’ve shown pre-clinically [in the lab], I would say it’s got a high probability of working.”

Kate Bingham, who is about to step down as head of the UK’s Vaccine Taskforce for Covid, and oversees protection in all forms, added: “There are several hundred thousand people we think are likely to be eligible for this therapy who would fall into the category of immuno-compromised, severely vulnerable.”

There’s an added benefit of the ­antibody drug – it protects almost immediately whereas vaccines take around six weeks to become effective. So whenever protection is needed immediately, for instance in care homes, it would be the treatment of choice.

The downside is that monoclonal antibodies can’t be produced in anything like the quantities of a vaccine, and it’s expected to cost between £500 and £1,000 per person compared to £3 for the Oxford vaccine.

The first volunteers have entered a final phase global trial which will involve 5,000 patients, 1,000 of them in the UK, where they’ll be given the drug at one of nine sites around the country.

Half of the volunteers are living in care homes and the rest are over 65.

The volunteers under 65 are ­vulnerable people, for example because of having weakened immune systems or having high exposure to Covid, such as healthcare workers.

Nobody will be left out. This product would make sure of that.