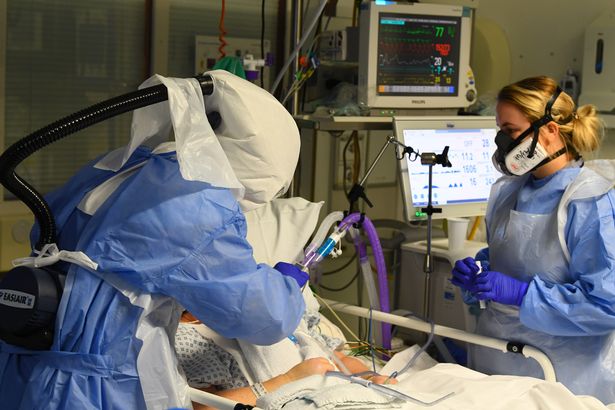 Almost everyone in the country must now be aware that the Government is pretty choosy about explaining the science behind its decisions, let alone what it gives away at its Downing Street press conferences.

Digging about in the ­research it’s possible to come across surprises, indeed shocks.

Recently I discovered a study which looks back at a decision the ­Government made earlier in March, the results having recently been analysed and published in the BMJ.

Back then the Government wanted to know what information was ­available about the effect of school closures on the pandemic when deciding whether to lock down the country.

This study shows the Government was in possession of surprising data.

We have to remember, at the time, ministers, above all else, wanted to protect the NHS and would do almost anything for that overriding goal.

As Ken Rice and colleagues from Edinburgh University report in the BMJ, calculations were done using the model for the Covid-19 epidemic devised by Imperial College London.

This model was used to produce a key report which assessed the impact on public health interventions such as social distancing and school closures to reduce Covid-19 deaths and lessen pressure on the NHS.

This most influential work was behind the decision to lock down the UK. When the data was analysed it showed that social distancing, school closures and isolation of younger people were predicted to increase, yes, increase the final number of deaths from Covid-19. So the Government had to make a choice.

The model itself is accepted as sound and predicts that school closures and isolation of younger people would increase the total number of deaths, but not ­immediately, not in the first wave.

Deaths would be postponed until the second and later waves.

The Government also knew that while prompt interventions would reduce peak demand for intensive care beds it would prolong the epidemic, resulting in more deaths long term.

Why would school closures lead to more deaths?

Well, it turns out that protecting younger people isn’t very effective in conquering Covid-19 because it prolongs the outbreak.

The longer it goes on the more older age groups will be affected and it’s those people who have the highest risk of dying.

The predictions of the model proved accurate, including the fact that a second wave of Covid-19 was ­unavoidable.

Ministers were aware in March that social distancing and school closures would suppress case numbers in the first wave at the cost of higher overall deaths in the second.