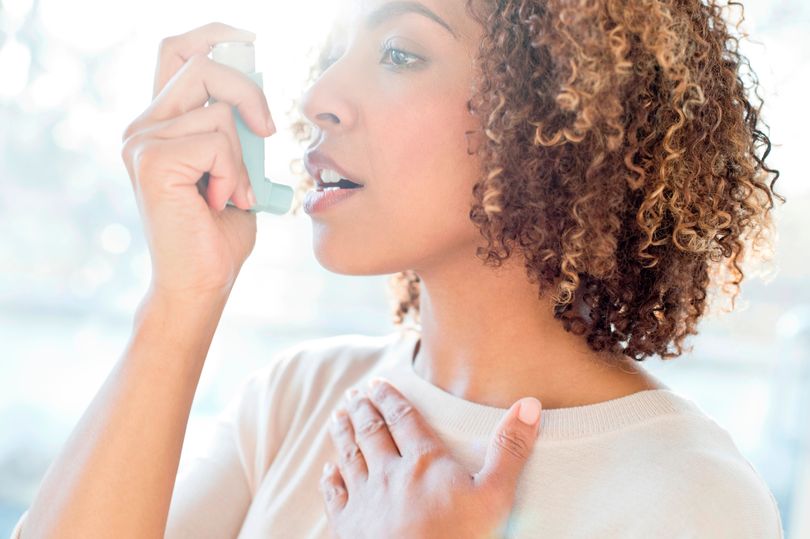 About 5.4 million Britons suffer from asthma and, of these, 200,000 have severe symptoms that leave them regularly gasping for breath and requiring urgent medical care.

More than 1,400 people die each year from the condition.

Asthma affects the small tubes or airways that carry air in and out of the lungs, with attacks often being triggered by allergens — substances that are harmless to the majority of people, but can cause an immune reaction in those with asthma.

This allergic response leads to the lining of the lungs becoming inflamed and swollen, so the airways narrow, making it harder for air to pass in or out.

Inhaled or oral steroids prevent attacks by reducing the inflammation in the swollen airways.

But for many, the severity of inflammation can be such that drugs no longer work to open the airways.

Now a new NHS-backed treatment could dramatically improve the lives of people suffering severe asthma attacks that result in frequent trips to A&E.

The new procedure, called ­bronchial thermoplasty, involves a tiny probe that resembles an egg whisk being inserted into the lungs.

It emits heat that shrinks scarred, thickened lung tissue and helps with breathing.

First the consultant inserts a camera on a flexible tube — a bronchoscope — through the mouth and deep into the lungs.

A wire with a basket-like ­structure at the end –— the ‘egg whisk’ — is then fed down the bronchoscope and heated up to 50C to 65C for eight to 10 seconds.

The heat causes the smooth muscles of the airways to shrink permanently, but doesn’t damage the delicate lining of the lungs.

Although this minimally invasive treatment has been performed since 2011, NHS watchdogs, the National Institute for Health and Care ­Excellence, have now given it the green light, meaning it has moved from being a research tool to a freely ­available treatment.

This comes after studies showed it reduced emergency hospital ­admissions for life-threatening asthma attacks by 55% — and that benefits continue for 10 years after treatment.

“Some of our patients had difficulty walking upstairs, and are now doing intensely physical things like rock-climbing,” says Professor Pallav Shah, consultant physician in respiratory medicine at the Royal Brompton Hospital and at the Chelsea & ­Westminster Hospital in London.

Both places offer the treatment.

It’s carried out under general ­anaesthetic in three 45-minute sessions.

A few weeks after that a third 45-minute operation treats the upper sections of both lungs.