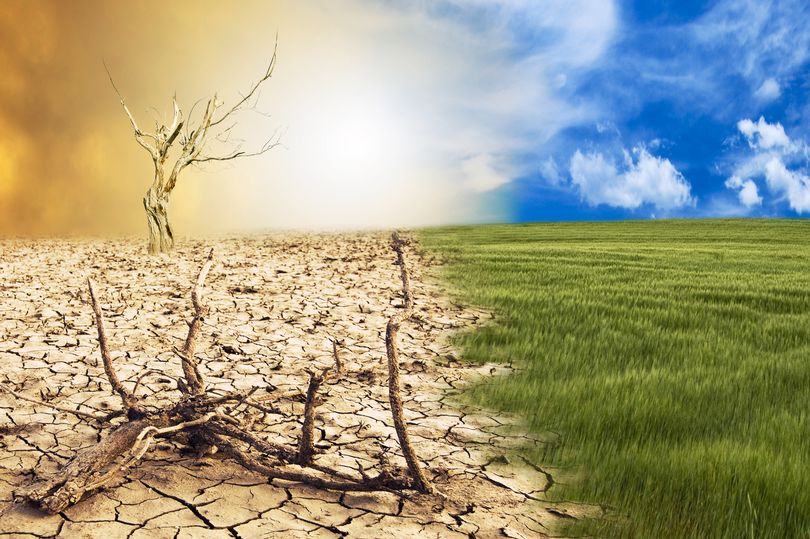 The emergence of Extinction Rebellion has meant we’re all becoming familiar with the ­fallout climate change has in store for us. But were you aware that global warming will come to define the health of a whole generation?

If the world follows a “business-as- usual pathway”, a child born today will face a planet that is on average 4C warmer by their 71st birthday – putting their health under threat at every stage of their lives, says the Lancet Countdown report.

It points out that as temperatures rise harvests will shrink, threatening food security and driving up food prices in the decades ahead.

Young children will be among the worst affected by ­malnutrition and health problems such as stunted growth, weak immune systems and long-term developmental problems.

The report warns: “This is especially damaging to young people as their lungs are still developing, so polluted air takes a great toll, contributing to reduced lung function, worsening asthma and increasing the risk of heart attacks and stroke.”

Nick Watts of the Lancet initiative said: “The damage done in early ­childhood is persistent and pervasive, with health consequences lasting for a lifetime.

“Without immediate action from all countries to cut greenhouse gas ­emissions, gains in wellbeing and life expectancy will be compromised and climate change will come to define the health of an entire generation.”

The report points out that through ­adolescence and into adulthood a child born today will breathe increasingly toxic air, caused by fossil fuel burning and rising temperatures.

Coal contributed to around 440,000 premature deaths from particulate matter less than 2.5 μm (PM 2.5) in 2016. When all pollutants were considered this rises to one million.

On a positive note the report ­highlighted efforts by the NHS to reduce harmful emissions. It provided the “largest example of a health system taking steps to reduce greenhouse gas emissions and other environmental effects,” said the report. It was also working to reduce its water use, plastic waste and air pollution.

The report, which was funded by the Wellcome Trust, used 41 key indicators to assess the effects of the climate crisis on health, including tracking wildfires, how health systems are responding, infectious disease transmission and food ­security.

Co-author Elizabeth Robinson, from the University of Reading, said: “Urgent action is needed to cut emissions in hard-to-­decarbonise sectors such as ­agriculture.

“Ways in which individuals can contribute to these efforts, improve their own health and support UK farming, include eating a more seasonal plant-based diet and choosing locally sourced products.”