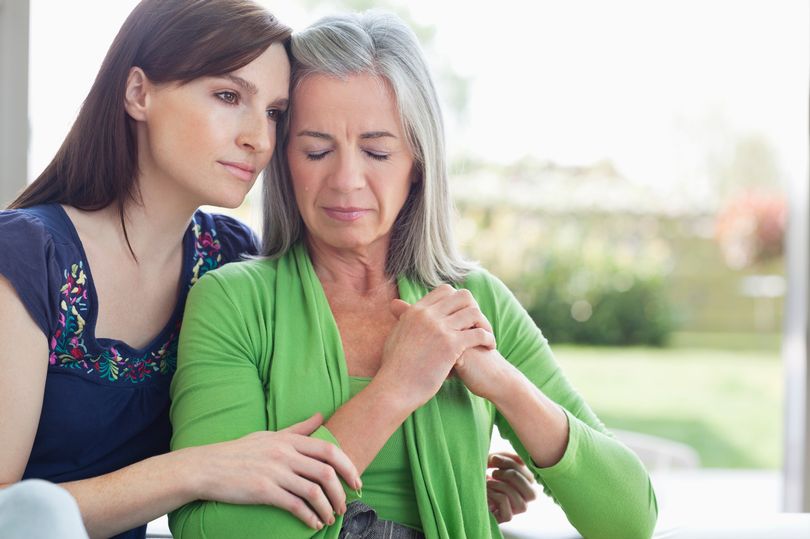 Sometimes I get asked how genes cause cancer. It’s an ­extremely complex subject and one I’m not qualified in, but here goes. Macmillan Cancer Support also has a ­patient booklet on the topic.

Genes are found in every cell in our bodies. They’re the instruction manual for cells to work properly and they’re written in a code called DNA. When mistakes arise in that code, genetic mutations can result.

Many everyday influences can trigger gene mutations. Things like getting older, our environment, smoking, sunlight, our hormones, obesity and our diet.

Most cancers develop after a gene mutation happens during a person’s lifetime, in an organ where a cancer later develops. For example, gene mutations that occur in the lungs, often due to smoking, can lead to lung cancer later on.

Some people, however, inherit a gene mutation that puts them at a higher-than-average risk of getting cancer.

When a cancer occurs in a family more often than in the general population, some people in the family may have been born with a cancer gene.

A few of these inherited genes have been identified, such as those causing cancers of the breast, bowel, ovary and womb.

If two or more close blood relatives on the same side of the family had the same type of cancer and have had cancer at a young age (under 50), a cancer gene may run in the family.

If this is the case for you, it’s vital to tell your doctor who can make an appointment at a genetics clinic where your family tree will be used to assess your risk of getting the disease.

With a genetics specialist you can discuss whether to have a genetic test for a cancer gene, and if you have one, you may consider telling your family.

This is so they can decide whether to have genetic counselling and predictive testing to identify who has an increased risk of getting cancer and who doesn’t.

Women at high risk of breast or ovarian cancer may be offered risk-reducing treatments such as surgery or drug treatment. Surgery might involve removal of both breasts (prophylactic mastectomy) for women with the breast cancer genes BRCA1 and BRCA2.

Risk-reducing drug treatment (chemoprevention) would mean taking an anti-oestrogen tablet every day for five years and would reduce breast cancer risk by 30%–40%. But the tablets can cause side effects, so be sure to talk through the advantages and disadvantages with a genetics or breast cancer specialist.

Should you find out you have cancer, talking to your children about it is tough, but so important I’m going to write about it separately.