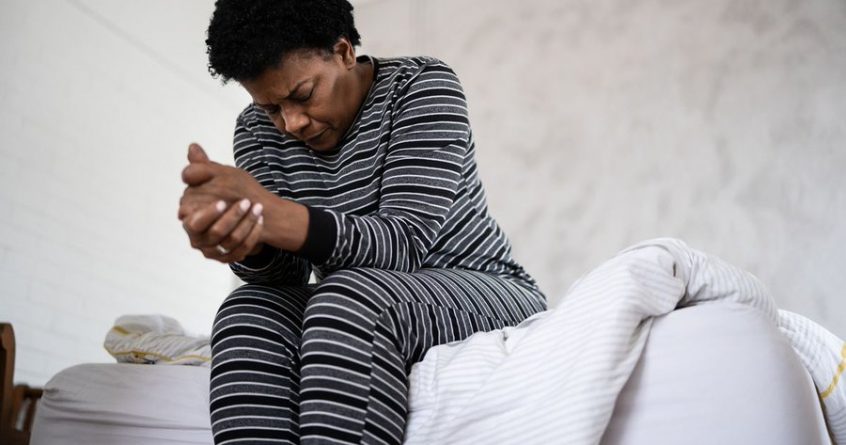 Chronic pain is a scourge of our times and affects millions of people worldwide.

But treating it is not straightforward.

There are questions like why are some people more prone to it and what factors lead to chronic pain.

We also know that repeated ­stimulation, such as with a sharp pin prick, can result in a heightened ­sensitivity to pain.

It’s called “pain wind-up” and has proved to be a factor in most pain disorders.

Now researchers in Oxford have found an answer.

They’ve discovered a gene that regulates pain sensitivity by amplifying pain signals within the spinal cord on their way to the brain.

This throws a light on chronic pain and reveals a new target to treat it.

In the first of a two-part study, researchers from Oxford’s Nuffield Department of Clinical Neurosciences compared genetic variations in 1,000 participants from Colombia to see if genetic variants were more common in people who experienced greater pain wind-up. They spotted one specific gene (the protein sodium-calcium exchanger type-3, NCX3).

David Bennett, a professor of neurology and neurobiology at Nuffield said: “Chronic pain is a global problem and can be immensely ­debilitating.

“We carried out the study in Colombia because of the mixed ancestry of the population there, including Native Indian, African and European populations, which gave us a broad range of genetic diversity.

“This makes these findings so exciting because of their potential international applications.”

The researchers did a series of experiments in mice to understand how NCX3 regulates pain wind-up and whether it may be a treatment target in patients.

In the absence of NCX3, the spinal cord nerve cells became more active in response to injury signals and pain wind-up got worse.

Increasing the levels of NCX3 within the spinal cord reduced pain in the mouse.

Could this finding be harnessed as a treatment for patients who are suffering pain?

Prof Bennett said: “This is the first time we have been able to study pain in humans and then to directly demonstrate the mechanism behind it in mice, which provides us with a broad understanding of the factors involved and how we can begin ­developing new treatments for it.”

“The findings imply that any drugs which can increase activity of NCX3 would be predicted to reduce pain sensitisation in humans.”