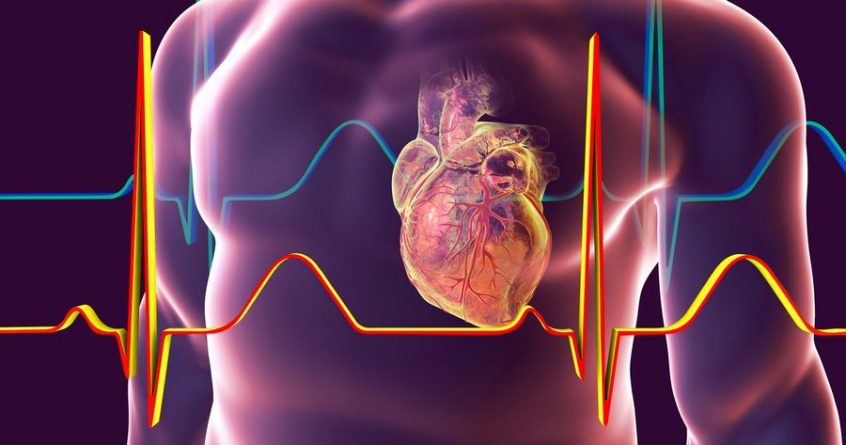 Crohn’s is a lifelong, progressive and unpredictable disease of the gut that seriously affects day-to-day life.

The exact cause isn’t known but the main ­symptoms are pain, cramps, diarrhoea, loss of weight and blood in your poo.

It can affect people of all ages and cause issues to the whole of the bowel, including things many patients feel embarrassed to talk about, such as inflammation of the anus.

The main treatment for Crohn’s is anti-inflammatory drugs, ­anti-diarrhoea medication and stronger medicines called biologics that suppress the immune response.

Anything that could prolong remissions and stop flare-ups would change the life of someone with Crohn’s.

Well, there’s hope in the form of a new monoclonal antibody, ­risankizumab (RKZ), a biologic that will bring an attack under control and then keep Crohn’s at bay.

The research work with RKZ is in seriously ill patients.

And we now know RKZ will both halt an attack when given intravenously and ­maintain improvement when given as an injection every eight weeks, for up to three years.

It is a brand new, exciting option for patients with Crohn’s who haven’t responded to previous therapy.

Professor Marc Ferrante, from Leuven in Belgium, and Professor Remo Panaccione, from Calgary, Canada, have taken a huge step forward with their research.

What makes it so meaningful is its length – 52-weeks evaluating efficacy and safety of RKZ injected as ­maintenance therapy in patients with severely active Crohn’s disease who had first responded to 12 weeks of intravenous RKZ treatment.

Critically, this extended study was the first in patients with Crohn’s where endoscopy (internal examination) was used to also track the response to treatment.

So improvements could be reported by the patients, with their toilet visits noted and abdominal pain scored, and their healing tracked by the endoscopy.

Importantly RKZ was effective in patients who’d failed to respond to other advanced therapies.

And a greater proportion of patients had more success and felt better at week 52, emphasising the importance of continuing the maintenance therapy.

It seems with these glowing results, RKZ could be used in a range of ­situations, ranging from first-line therapy to treatment of patients who have not responded well to other ­treatments. It’s a great step forward.