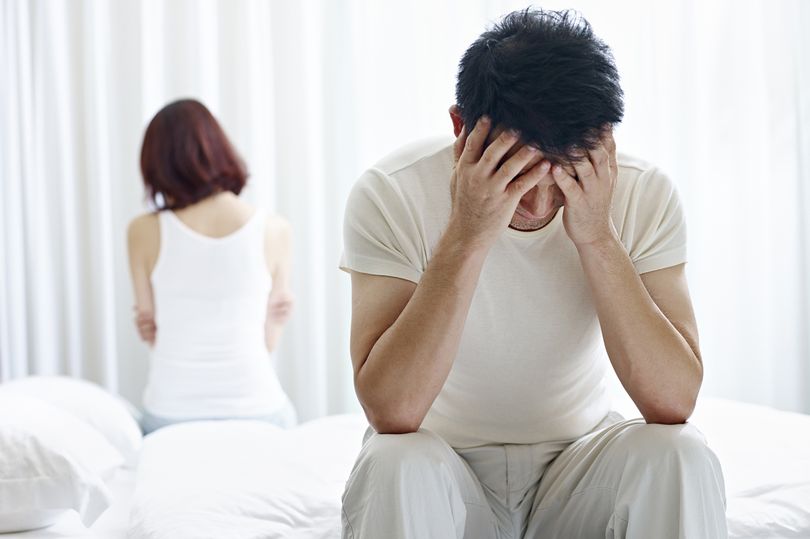 Premature ejaculation affects one in three men and is defined as ejaculation within a minute. There’s nearly always some­ psychological factors at play and there may be a genetic element. But it’s also found with inflammation of the ­prostate and thyroid conditions.

Counselling may lower anxiety and local anaesthetic creams lessen ­sensitivity. A particular antidepressant, dapoxetine, is sometimes used as one of its side effects is to delay orgasm.

Given these imperfect treatments, a pill that blocks the “love hormone” oxytocin may turn out to be an ­effective treatment and offer hope to men suffering the issue.

Early studies have shown it to be safe and effective, with a near fourfold improvement in symptoms.

More than 200 men are now taking part in a clinical trial of the drug.

In men, blood levels of oxytocin increase during sexual stimulation and arousal and peak during ejaculation. One theory is that the hormone is involved in the mechanisms that trigger the release of sperm. Oxytocin could be called the “orgasm hormone” because men unable to have an orgasm have been successfully treated with nasal sprays of oxytocin.

The new drug, cligosiban, is an “oxytocin antagonist”, which means it stops oxytocin having an effect in the body, in particular on orgasm. The theory is that if oxytocin can be blocked, then the moment of ­ejaculation can be delayed.

Cligosiban acts on oxytocin cells in the brain and spinal cord to reduce blood levels of the hormone.

Oxytocin is a hormone produced in the hypothalamus of the brain and is switched on during labour and birth because it causes the uterus to contract. It also makes us feel loving and empathetic, from encouraging maternal attachment to a baby and lactation, to generosity and orgasm.

It’s thought to play a big part in the development of mother love and a mother’s bonding with a newborn.

In a recent trial at Tulane University in the US and other medical centres, 88 men with premature ejaculation took the drug or a placebo daily. At the start of the six-week trial the average time to orgasm was 33 seconds. This time increased 3.8-fold in the men who took cligosiban – more than double the effect seen with the placebo. Now a trial is running in the US with 220 men at 29 centres.

Professor Raj Persad, a consultant urologist with Bristol Urology ­Associates, said: “The results will be eagerly awaited for this complex, little understood condition. At present we have little that is clearly beneficial for this distressing condition.”