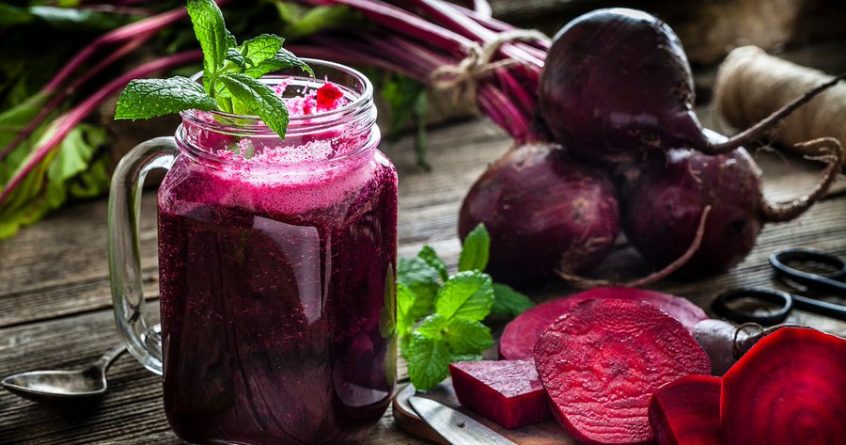 How brains age and why people develop dementia is still a mystery. But there’s some exciting research that’s hoping to shed light on it – and how beetroot could boost our grey matter.

More than 25,000 people aged over 40 have already signed up to the PROTECT project, an innovative online study that monitors how cognition changes over time.

All you have to do is complete annual tests of memory, reasoning and attention. And some people will be picked to drink beetroot juice to see how it boosts brain health.

The study is being led by the University of Exeter and King’s College London. One of its most intriguing projects is investigating how beetroot juice impacts brain function in older adults via bacteria living in our mouths.

We have hundreds of species of bacteria and other organisms living in our mouth, known as the oral microbiome, and they’re probably as important as the gut microbiome.

This is because they may have a role in the development of major diseases, including Alzheimer’s and other forms of dementia.

So, what’s magical about beetroot? The important ingredient is nitrate, which our oral microbiome turns into nitric oxide. This plays a key role in transmitting information between cells and regulating blood vessels.

As we age, nitric oxide production drops, leading to poorer vascular (blood vessel) and cognitive (brain) health. We could get dietary nitrate from vegetables and leafy greens but we rarely eat enough.

“Our research wants to see if beetroot juice will enhance brain function. If it does, it could help detect dementia risk, and lead to individualised diets which stimulate the oral microbiome in ways that may prevent or delay cognitive decline in older age.”

For the trial, 60 participants will be recruited through the PROTECT project. Half will be sent beetroot juice supplements and the rest will get a special beetroot juice with the dietary nitrate removed, to act as a control.

All will undertake cognitive tests at the beginning and end of a 12-week period, as well as providing saliva samples to detect any changes in their oral microbiome.

This study could reveal the value of supplements on cognitive health.

Enrol! Find out more at protectstudy.org.uk