Yes, we all know exercise is good for you but exactly to what degree? The answer is it’s crazily good. We already
know physical inactivity increases the risk of many diseases such as type 2 diabetes, cardiovascular disease, and some cancers.

Commuting by walking and cycling is one idea. In Denmark, cycling is embedded in the national culture for two reasons: it is easier to navigate cities by bicycle than by car, and taxation on new cars is punitive.

A link between cycling and health has been clear for years.

Research from one of the largest studies of active commuting to date, Celis-Morales and colleagues, suggests you’d be buying years of life if you went by bike rather than by car or bus.

In one study of 6,751 people there were 37 deaths in cycling commuters but if they’d commuted by car
that figure would have been 63. 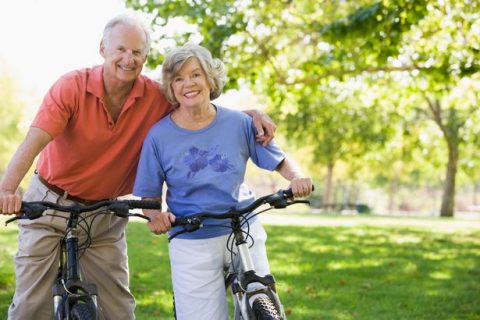 Extrapolated across the whole of England and Wales, cycling to work could save a substantial number of lives. The British Heart Foundation estimates the costs of cardiovascular disease in the UK to be £15bn each year. Active commuting by walking or cycling has the potential to reduce these costs substantially. Further savings in diabetes and cancer are also possible, allowing funding of projects to improve the UK’s infrastructure for active travel.

London has embraced cycling but many cities haven’t. The UK as a whole has neglected to build cycle lanes but we still have the potential to increase cycling and the safety of cycling.

The Danish capital Copenhagen has prioritised cycle-friendly roads and increased cycling rates by 30% over the past 20 years.

Changes in commuter travel can happen quickly when active travel is seen as both safe and convenient.

The findings from this study are a clear call for action to encourage active commuting, which has the potential to improve the nation’s health by preventing common (and costly) diseases. A shift from cars to more active ways of travelling will also decrease traffic in congested city centres and help reduce air pollution.

Now wouldn’t that be an excellent thing?