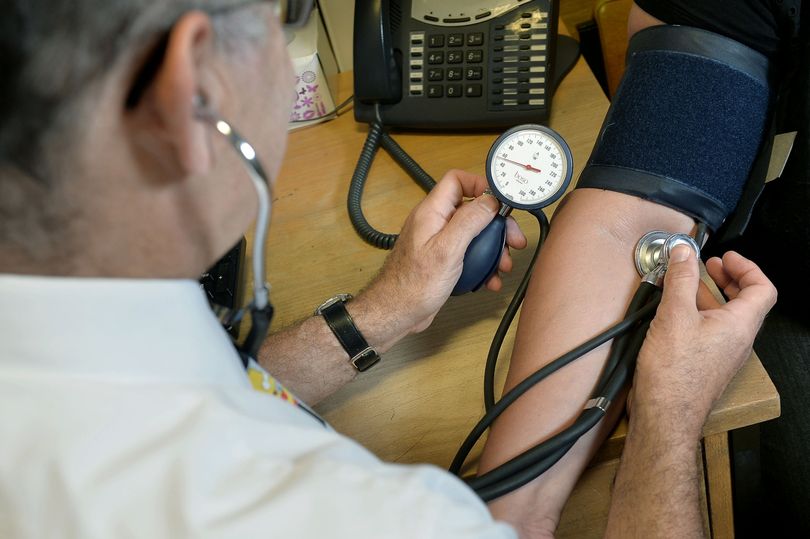 On the face of it, it may seem puzzling that a one-off ­operation which severs the nerves connected to the ­kidney lowers high blood pressure.

But it’s not so surprising if we ­remember the kidneys play an ­important role in controlling blood pressure by way of their hormone, renin.

If the surgery works it could offer hope to patients with high blood ­pressure that’s resistant to drugs, and have an increased risk of stroke and heart attack.

The initial clinical trial led in the UK by Queen Mary University of London and Barts Health Trust, not only showed the blood pressure lowering effect of the op, but also found the treated patients needed less blood pressure medication.

It uses ultrasound guidance to cut the nerves which run between the kidneys and the brain, carrying signals which control blood pressure.

Patients in the US, France, Germany, Netherlands, Belgium and UK were randomised to receive either the renal denervation op or a “sham procedure” – the surgical equivalent of a placebo.

Early results from the study had already shown that renal denervation led to a significant and safe lowering of blood pressure for two months in patients who weren’t taking blood pressure medication. In the next part of the study, the team investigated

140 patients who had the option of restarting their blood pressure ­medication, if required, to see if cutting renal nerves for any length of time remained effective.

They found the blood pressure lowering effect of cutting the kidneys’ nerves was maintained for six months after the operation.

Though the majority of patients needed some medication to improve blood pressure control, more than twice as many patients were completely free of medication at six months in the treatment group versus the sham (35.8% versus 15.5%).

If long-term safety and ­efficacy is proven in larger trials which are currently under way, we hope that renal denervation therapy could soon be offered as an alternative to many lifelong medications for hypertension.”

For the huge numbers of people with high blood pressure, it’s a big advance.