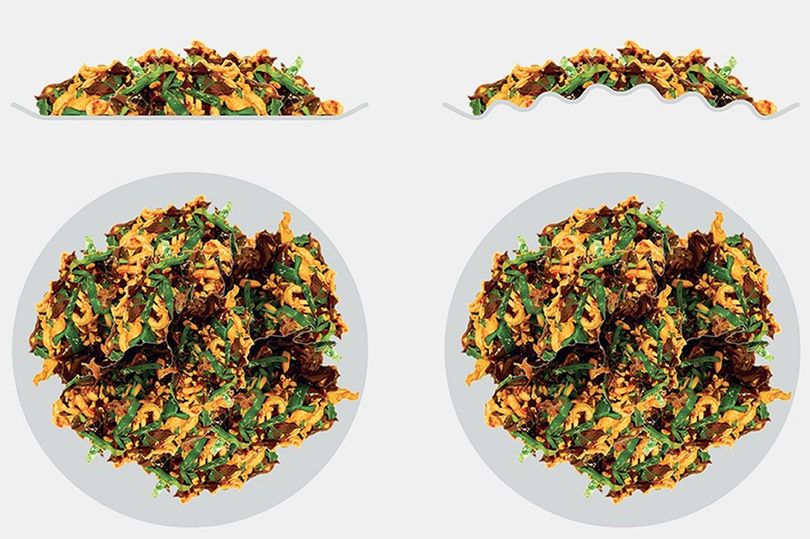 One way of eating less is to serve your food on small plates. Even those of us who like to clean our plates would eat less if we used a smaller plate.

A variation on this theme is a crinkly plate. This tricks your brain into thinking it’s getting a full plate but the ridges hold less food.

Latvian researchers are using the plates to coax people into eating less in a trial that could result in them being sold as a dieting aid.

A review of 72 earlier trials showed that people given smaller plates ate about a sixth less and experts have urged restaurants and cafes to shrink their crockery to help tackle obesity.

But Nauris Cinovics, a product designer from the Art Academy of Latvia, isn’t sold on a small solution.

“My idea is how to make food appear bigger than it is,” he says.

“If you make the plate three-dimensional with the ridges and troughs, it actually looks like there is the same amount of food as on a normal plate – but there is less of it. You are tricking the brain into thinking you are eating more.” 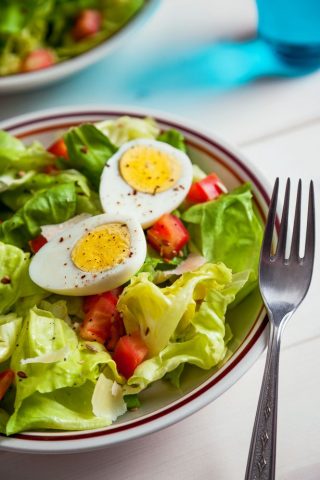 University of Liverpool ­psychologist Paul ­Christiansen says: “If people think they have eaten a full plate of food they will feel satisfied. Many people think you have to finish the food on the plate.

“If you can satisfy the perception that they have a nice big portion on their plate, they will think they have eaten a full meal.

“If, on the other hand, you put a small portion on a big plate, they will think they are not satisfied by it and will want more.”

Paul Aveyard, from the University of Oxford, said crinkly plates could be a better option than small plates for people trying to diet.

“People adjust their eating to what other people eat,” he said. “If you come in with a side plate and everyone else has got a big dinner plate, you might feel deprived.”

“We tested this and it took 11 minutes to finish a meal with this cutlery rather than seven minutes,” he said. The theory is when you eat slowly you eat less, it’s that simple.