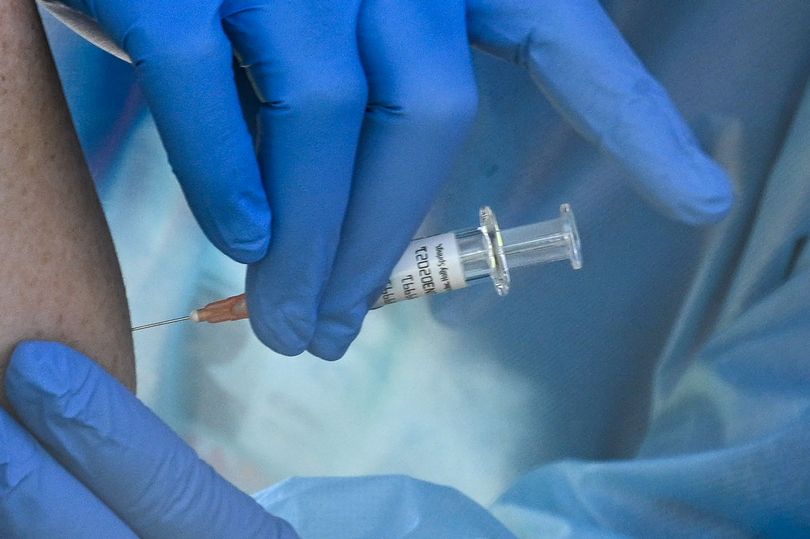 While the number of people infected with Covid-19 ­remains high it’s more likely that new variants will ­appear, so vaccine developers are ­having to deal with the rapidly­evolving virus and are looking for ­‘second generation’ vaccines.

Danny Altmann, professor of ­immunology at Imperial College London, says it may be wise to “hedge your bets”.

“What we’re talking about here is an arms race between the immune system and the virus. Which can move faster to win the battle?” he says.

Scientists in the UK are accepting that challenge by developing a homegrown Covid-19 vaccine with a built-in insurance policy against emerging variants of the virus.

The jab, being developed at the University of Nottingham, is designed to be effective even if a new variant evolves that evades other vaccines.

The novel Nottingham vaccine has a new twist. It includes part of the ‘nucleocapsid’ protein, a sheath that surrounds and protects the virus’s genetic engine. Crucially, this mutates at a far slower rate than spike proteins.

“It doubles the chances you win over the virus,” Professor Lindy Durrant, an immunologist at Nottingham University, says. “The chances both will mutate at the same time is unlikely.”

Animal studies are encouraging and show the new vaccine triggers a strong T-cell response, a powerful weapon of our immune system alongside antibodies, and having passed pre-clinical tests it will start trials in human ­volunteers very soon.

Professor Durrant says the next generation of vaccines need to be better prepared to tackle the virus as it “learns” to evade our immune system.

“What has happened was predictable,” she says. “We are getting as good, if not better, antibody levels than other [vaccines], and more, and better T-cell responses.

“Clinical trials with the vaccine will begin later this spring”.

Professor Altmann says: “I can see the logic [to the Nottingham vaccine]. Our lab has seen evidence that the immune system sees many different parts of the virus and makes a response to the protein they are looking at. What we don’t know is how much extra that brings to the party.”

With the true ingenuity of UK vaccinology, the company Cobra Biologics is already producing batches of the Nottingham vaccine to test production and prepare for the trials.

Alexandra Brownfield, the firm’s business development director, says the vaccine is “grown” inside cells in a bio-reactor. Just 50 litres of a soup of cells and nutrients can produce “a few thousand doses” over four to six weeks.

Here we go again! The potential for a game-changing UK vaccine.