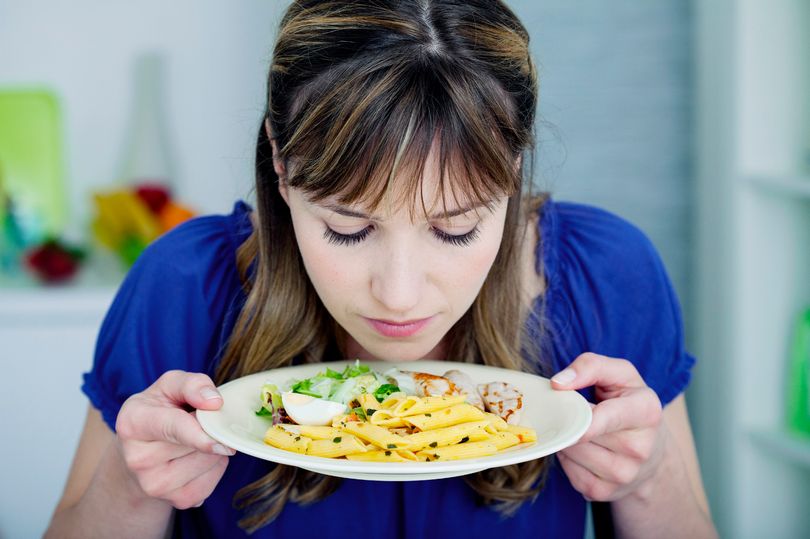 Most of what we taste is ­triggered by what we smell, so when we lose our sense of smell food can be on the tasteless side.

Indeed, there was an experiment I did as a medical student where my nose was pegged so I couldn’t breathe or smell through it.

The result was I couldn’t distinguish between grated onion and grated apple. Honest!

We now know sense of smell and taste are both affected by Covid-19.

Sense of smell is hit early on in the infection, and taste later on. But Covid-19 isn’t the only disease that does this.

Ear, nose and throat surgeon Claire Hopkins, at Guy’s and St Thomas’ Hospitals in London, told the BMJ that viral injections such as flu commonly cause a loss of the sense of smell.

Covid-19 sufferers lose their sense of smell (anosmia) because the virus attacks the nerve endings in the lining of the nose and damages the olfactory centre in the brain.

The British Rhinological Society and ENT UK have published guidelines on treating patients with anosmia in parallel with the NHS announcement that it’s now a recognised early symptom of Covid-19. When a patient develops anosmia the important goal is to establish whether they have Covid-19.

If the patient is found to have the disease there’s no need for further investigation. Around 90% of patients improve spontaneously in the first two to three weeks, said Hopkins.

For the 10% of patients who continue to have symptoms the ­treatment for post-viral smell loss isn’t very successful, but there’s something called “smell training” that involves repeated stimulation of the olfactory nerves in the nose to try to get them to wake up.

For those who still have an impaired sense of smell at two months, Hopkins said there’s still a reasonable chance they’ll recover spontaneously, but it could take months, she estimates.

Around a third will recover in six months and two thirds will have recovered at 18 months.

Sadly there’ll be some people who will never get their sense of smell and taste back. She suspects there’ll be around 100,000 patients in the UK who’ll suffer with this.

But, she says, there are two very good charities that can help. Fifth Sense (fifthsense.org.uk) and AbScent (abscent.org) can advise on smell training and access to support groups.

Losing your sense of smell can be isolating and lead to depression. “These patients need support and GPs don’t have the resources to do that, but these two charities do,” says Hopkins.