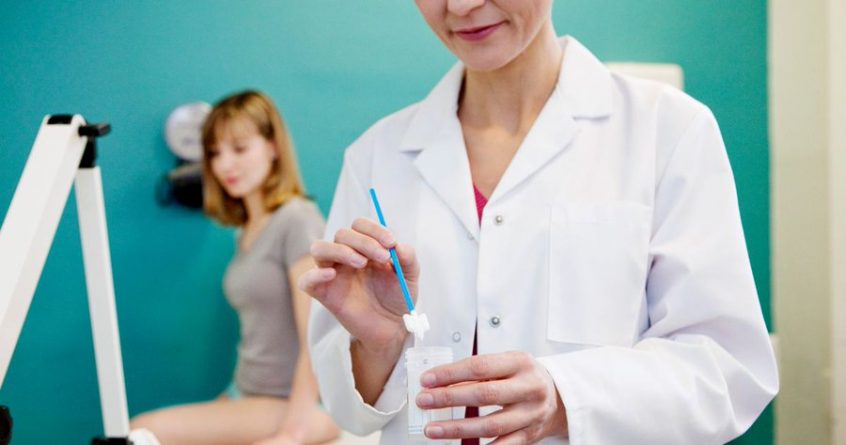 Stopping cancer before it starts would be a game-changer.

And researchers at University ­College London are hoping to do just that, with a clever new test that could measure a ­woman’s future ­cancer risk.

From a single sample taken during routine cervical screening, it has been shown to detect or predict the risk of four cancers: ovarian, breast, cervical and womb.

Moreover it could identify almost a third more women with a high risk for breast cancer or ovarian cancer than current genetic tests.

The incredible research, involving 15 European centres and samples from more than 3,000 women, is being led by Professor Martin Widschwendter of UCL ­Institute of Women’s Health.

His team measured particular marks on the DNA of cervix cells (DNAm) and found they denote whether someone has breast or ovarian cancer.

A handy way to think of DNAm is as the software of our cells as it controls how they read and act on instructions in our DNA – the hardware.

As people go through life, their ­lifestyle is constantly updating the code of their software.

As a result DNAm changes, sometimes for the worse, predisposing to disease, including cancer.

These dangerous changes to DNAm can occur years before a cancer appears and can be used to monitor a person’s risk over time.

Together, these four cancers account for more than half of all cancers in women in Europe.

More than 250,000 European women and people with gynae organs are diagnosed with these diseases each year, and almost 45,000 die from them.

Not only would the test ­revolutionise cancer screening, it could also indicate the future risk of developing these four key cancers from one cervical sample.

Those found to have a high risk of any of the four could then be regularly monitored and have risk-reducing surgery, preventing thousands from getting cancer each year.

Professor Widschwendter says: “The WID-test will look for the footprints on a woman’s DNA as she goes through life, recording the track she is taking and whether she is heading towards cancer.

“The WID-test will revolutionise screening and enable a more personalised approach to cancer prevention and detection, where women will be screened, monitored or treated based on their individual, and changing, risk.”