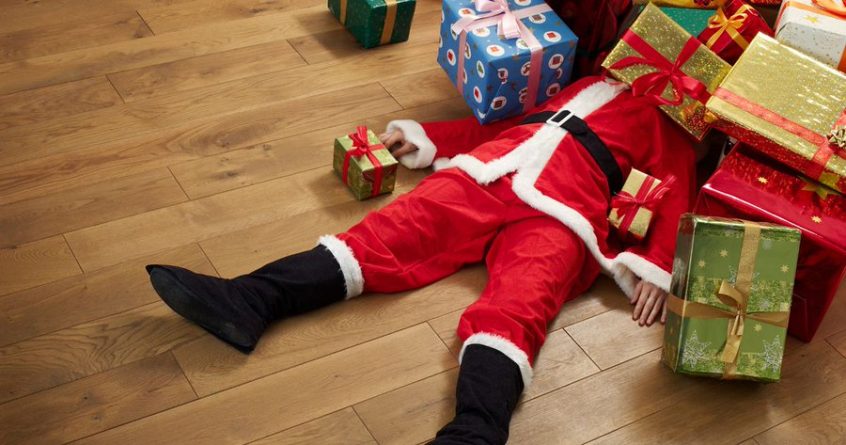 In the 1980s I did an hour-long TV special about the things that might go wrong and spoil your Christmas. It was tongue in cheek, funny and entertaining with jokes, dancers, music and comedy sketches.

To get in the mood I was asked to look as much like Joan Collins as I could, and I duly did in a tight-fitting, red sequinned dress. We called the show Christmas Should Come With a Government Health Warning.

And there’s no doubt things can go wrong, but a few wise precautions can make them less likely.

Falls are an ever-present hazard while decking the house with Christmas decorations and lights – such as placing the angel on top of the tree – so use a sturdy stepladder.

Also, keep everything out of the reach of children who, eager to join in, may put bits and pieces such as Christmas light bulbs in their mouths, or stuff them up their noses, meaning you end up in A&E.

Pine trees are well-known sources of contact dermatitis and fine needles from Christmas trees can be inhaled, causing breathing difficulties.

Decorating the tree is a hazard as branches can poke you in the eye, causing corneal abrasion and a sore eye over the holidays. It’s best not to have lighted candles on the tree for obvious reasons, but most fires start in the kitchen so make sure your smoke alarm is working and keep a fire extinguisher handy.

Feasting is a feature of Christmas and overeating is a perennial hazard. That grogginess after Christmas lunch is due to the diversion of blood from the brain to your digestion. Keep heartburn tablets with you at all times and a postprandial nap is a good idea.

Inevitably, Christmas is a time of weight gain and raised serum ­cholesterol and possibly even heart attacks. And without meticulous attention to hygiene, particularly in the kitchen, infections of one sort or another can be on the cards.

Just one tainted ingredient can bring on an outbreak of salmonella or norovirus gastroenteritis. At a large gathering, don’t touch the salad.

And give the pate a miss if you want to avoid campylobacter.

There’s something called “holiday heart syndrome” that can be brought on by drinking too much alcohol, provoking atrial fibrillation. So temper your intake during the festive period.

And nerves can often get shredded at Christmas so build in a few lifesavers, like getting the family to help you out. This will give you valuable timeouts to do something you love, even for a few minutes.