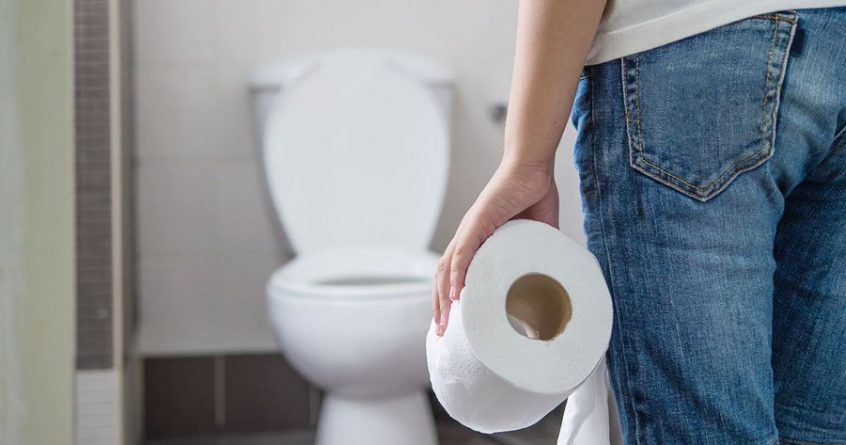 Problems that are toilet related are so often not discussed out of embarrassment. But it’s ­always best to get these conditions checked so you can rule things out and relax, or crack on with treatment.

A friend recently phoned me in a panic to say there was blood in her urine, which she took as an ominous sign. I asked if she’d been eating beetroot. She had, so I was able to calm her down by saying it was probably the purply-pink pigment of the beetroot passing through. And it was.

In this instance, the colour is ­distributed evenly throughout the urine and it appears pink.

Blood isn’t always like that. It can be streaky, even in clots. But it can be a serious sign and should, without fail, make you seek medical help.

To doctors, blood in the urine means cancer until it’s proven not to be. We do tests for cancer of the bladder, ­prostate or kidney, really hoping it’s something else.

The most common sign of bladder cancer is blood in the urine, which is called haematuria. It occurs in around 80% of patients, according to Anika Madaan of Imperial College London.

But not all people with visible ­haematuria have cancer – it could be an enlarged prostate (benign prostatic hyperplasia), a urinary tract infection (UTI) or even caused by ­strenuous ­exercise. A UTI would be signalled by pain while on the toilet, haematuria with cloudy urine, a frequent and urgent need to go and possibly a discharge if it is due to a sexually ­transmitted infection.

Exercise, like long-distance running or non-weight bearing ­activities such as swimming, can cause transient haematuria, which isn’t usually visible and gets better in a day or two.

There are “mimics” of haematuria including drugs such as rifampicin and chloroquine, and foodstuffs – as my friend discovered – with beetroot, blackberries or red food dye culprits.

Contamination with menstrual or vaginal bleeding can be excluded with a vaginal exam.

Smoking is related to bladder cancer, as is occupational exposure to ­carcinogens such as rubbers, dyes, textiles, chemicals and a family history of bladder cancer.

Anyone over 45 with unexplained visible haematuria can be investigated in a suspected cancer pathway. Studies have shown that 14-34% of outpatients presenting with blood in their urine were found to have cancer, including vulval and cervical cancer.

The likelihood that haematuria is caused by cancer is highly dependent on age and gender. In men and women under 45 it’s less than 1%.

But younger patients should still be tested through a non-cancer pathway, where the time to an appointment may be longer than the two-week target for suspected cancer referrals.