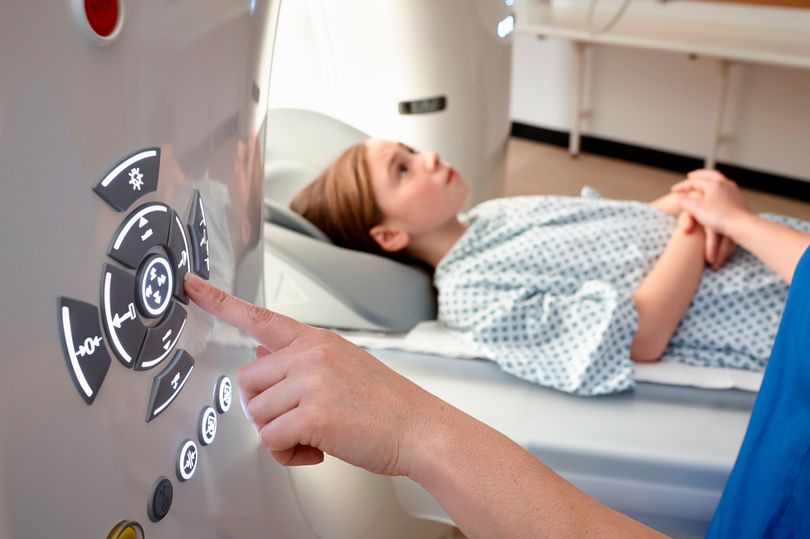 For several years doctors have been concerned about the side effects of CT scans which use a much higher dose of radiation than your common or garden X-ray.

The pay-off is CT scans give much finer results of what’s going on in the body so doctors can diagnose medical conditions more accurately.

In the UK, about three million CT scans are carried out each year, and the rate per person is around five times higher than in the US where doctors are a little more circumspect.

The problem is the cumulative dose of radiation from repeated CT scans not only causes tissue damage, but can increase the risk of cancer.

Risk accumulates with each repeated exposure, and children are much more susceptible than adults.

To quantify this, authors of a large UK study found children exposed to high radiation doses from CT scans had a threefold increase in their risk of ­developing leukaemia and brain tumours than children who received lower doses.

The higher the amount of radiation the children received, the greater their chances of developing these cancers.

The number of children diagnosed with either cancer over a 17-year period was about 200 out of 180,000 who were scanned.

According to the researchers, ­approximately 170 of these 200 children would have developed their cancer as a result of having had greater exposure to radiations from CT scans. So the overall risk was estimated as 170 in the 180,000, or about one in a thousand in children.

For adults – and taking account of the US database, five times larger than ours, and the level of UK usage of CT scans, – about four in 1,000 UK cancers would be caused by CT scans.

Now I’d understand if you see this risk as acceptably low. But it would mean about 1,400 of the 350,000 new cancer cases each year in the UK would result from CT scans, which we’re using more and more.

Most experts, however, believe the risks of CT scans are greatly outweighed by their benefits.

I’ve had two CT scans and they both revealed small but important ­findings that MRI scans had failed to pick up.

As a precaution, though, I’d suggest that if you or one of your children is offered a CT scan, you should ask your doctor to explain why it’s needed – and whether an MRI that doesn’t use X-rays could be used instead.