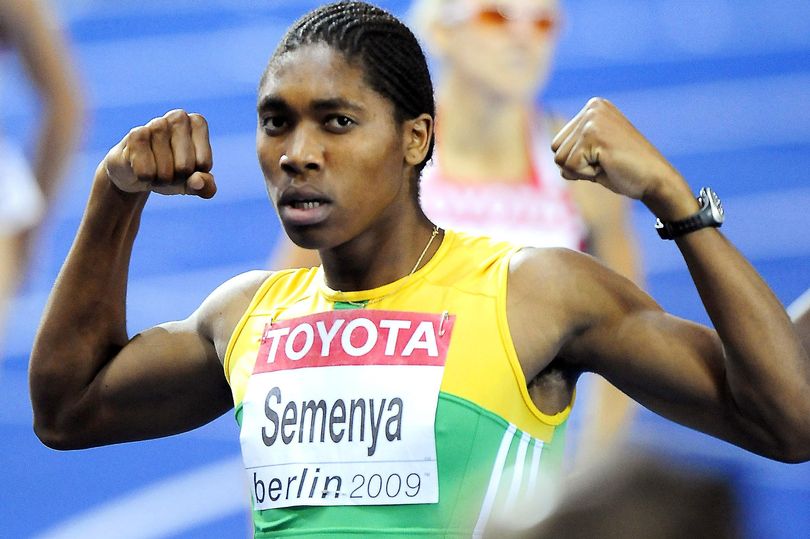 There is a controversy raging in women’s sport. Caster Semenya is the Olympic women’s 800m champion.

She also has high testosterone levels which confer greater strength, stamina and bulkier muscles than other women.

Intersex people have always existed. Some 1-2% of us may be intersex where there’s a mismatch of sex hormones and chromosomes (X female, Y male) which determine gender.

Some will be men with X and Y sex chromosomes, so they are ­chromosomally male but may have few receptors for testosterone and so don’t show male characteristics.

It should be said Caster has been female all her life and lives as a woman. Her parents decided she was a girl and brought her up as one.

Caster has no womb or ovaries but instead has internal testes due to a chromosonal abnormality.

She is chromosomally masculine. Her body has X and Y ­chromosomes but she is, to all ­appearances, indistinguishable from a female.

The big question is should she, with her male testosterone, compete alongside women?

Her rivals, without the benefit of high testosterone levels, are at a disadvantage in terms of stamina, speed and muscle strength.

Here’s my dilemma. I believe passionately in everyone’s right to decide on their gender orientation.

But I’m also a scientist. I know, biologically speaking, Caster with a Y chromosome is defined as male. Which side do I take?

The International Association of Athletics Federations’ position is that athletes like Caster can only compete at distances from 400m to a mile if they take testosterone blockers.

The reason for the 400m to one mile rule is that this is where women like Caster have the greatest advantage.

It is argued that such races have a huge representation of women with male levels of testosterone.

If Caster took testosterone blockers her estimated time for 800m would be around seven seconds slower.

Isn’t the IAAF penalising Caster? She is who she is. Why should she take medication to alter herself?

I don’t envy the IAAF having to come to a decision on this thorny question by the end of this week.

Caster is understandably upset. She says she just wants to run naturally the way she was born.

She believes it’s not fair that people question who she is. She states simply that she’s a woman and she’s fast. I admire her courage.

And there are other reasons than hormones for athletes having ­advantages in athletics.

Is allowing Kenyan runners to compete with runners who can’t live and train at altitude fair? Or swimming against Michael Phelps whose genes gave him a freakishly long torso?

We didn’t question them.