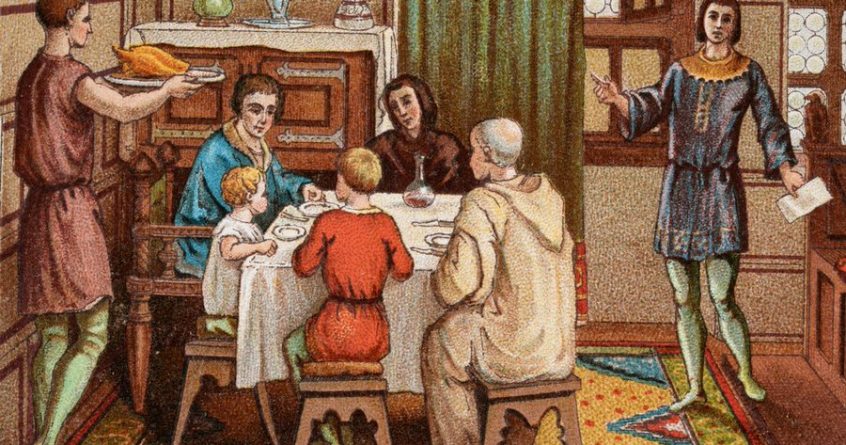 Do you think of cancer as a modern disease? The result of pollution, exposure to harmful chemicals, smoking? It’s tempting to think in times gone by that cancer wasn’t that common.

But we’d be wrong.

It’s possible that between 9%-14% of British adults in the Middle Ages had cancer at the time of their death.

In the first study to use X-rays and CT scans to detect cancer in the skeletal remains of medieval people, it’s emerged cancer cases were around 10 times higher than it was previously thought.

It had been believed the disease was rare in those bygone days, affecting less than 1% of the population.

Not according to a Cambridge University team who’ve analysed 143 skeletons from six medieval cemeteries in and around the city of Cambridge, dating from the 6th to the 16th century when smoking emerged.

Lead author and archaeologist Dr Piers Mitchell conducted the research as part of an “After the Plague” project.

He said: “The majority of cancers form in soft tissue organs long since degraded in medieval remains.

“Only some cancer spreads to bone, and of these only a few are visible on its surface, so we searched within the bone for signs of malignancy.”

Study co-author Dr Jenna Dittmar added: “Until now it was thought that the most significant causes of ill health in medieval people were infectious diseases such as dysentery and the bubonic plague, along with malnutrition and injuries due to accidents or warfare. We now have to add cancer as one of the major classes of disease that afflicted medieval people.”

With all the triggers we have nowadays, 40-50% of people have cancer by the time they die.

That makes the disease three to four times more common today than it was in the Middle Ages.

During the study, the remains of 96 men, 46 women, and a person of unknown sex, had their vertebrae, femurs (thigh bone) and pelvis examined and then imaged using X-rays and CT scans.

The team found signs of malignancy in the bones of five individuals – a minimum prevalence of 3.5%.

The cancers were mostly in the pelvis, although one middle-aged man had small lesions throughout his skeleton suggesting blood cancer.

“We need further studies using CT scanning of apparently normal skeletons in different regions and time periods to see how common cancer was in the past,” added Dr Mitchell.