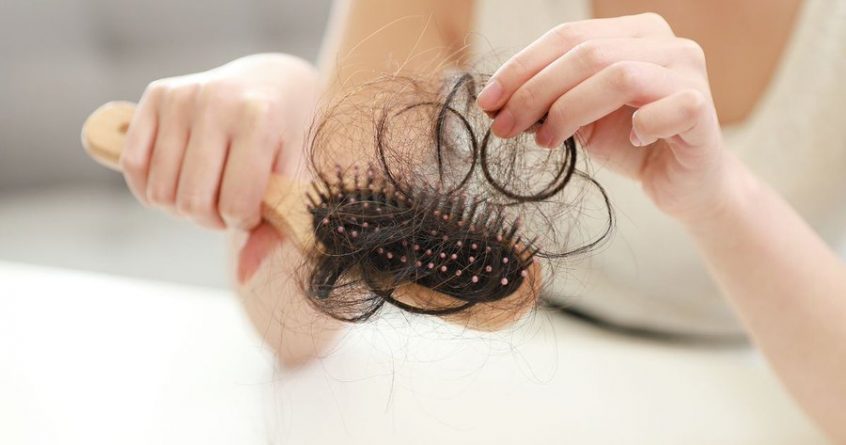 Baldness is a universal problem, whether it’s premature in men or male pattern in middle-age women.

It can trigger mental trauma and heartache, particularly a form that causes areas of hair loss all over the scalp – alopecia areata.

It’s an autoimmune disorder, and the US Food and Drug Administration recently approved a drug called ­baricitinib as the first oral tablet for treating severe cases.

So that’s good news for the 300,000 people in the US affected every year and for the 100,000 patients here in the UK, where it will be available soon.

But it can hit any hair-bearing area and nearly always causes extreme emotional distress.

The condition has been widely discussed recently through high-profile cases including Hollywood actress Jada Pinkett Smith and US congresswoman Ayanna Pressley.

Alopecia areata isn’t the same as your average hair loss, like male pattern baldness at the menopause, male baldness and thinning hair after pregnancy.

AA involves the immune system and hair loss occurs in circular patches anywhere on the scalp, plus the eyebrows and eyelashes.

Baricitinib (BRB) belongs to a class of drugs called Janus kinase inhibitors and works by interrupting the pathway that culminates in ­inflammation, so it has ­anti-inflammatory effects.

Its approval for use is based on the results of two robust clinical trials involving 1,200 adults with severe alopecia.

In spades. After 36 weeks, almost 40% of those on the higher dose grew back 80% of their scalp hair, compared to 23% of the lower dose group, and 5% of the placebo group.

Around 45% of people in the higher dose group also saw significant eyebrow and eyelash regrowth.

Prior treatments for AA include topical and oral drugs, but they’ve been experimental and none have been specifically approved.

BRB was previously licensed for treatment of rheumatoid arthritis and during the pandemic its licence was extended to the treatment of hospitalised Covid-19 patients.

Who knows, perhaps one day this pill could be used for baldness.