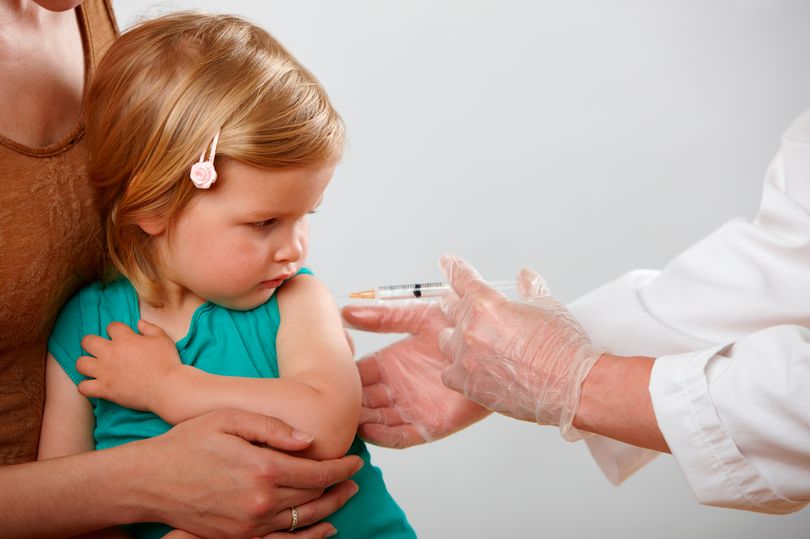 When I first started to fight the anti-vaxxers who were led by Andrew Wakefield in 2001 it was a straight-forward job.

At the time, millions of children had been vaccinated without harm and many more millions have since.

Furthermore, no scientists believed there was a link to autism and any scared parents, by and large, were still prepared to listen to reason.

Those days are gone.

The anti-vaxxers are out in force peddling fake news on a grand scale. And judging by our plummeting vaccination levels, it’s clearly having an effect.

This in turn has led to outbreaks of diseases not seen in years such as mumps and measles.

The vaccine ­hesitancy is worldwide and has caused previously unseen measles outbreaks in New York and Washington state.

The situation is so serious the World Health Organization has named anti-vaxxers one of the top 10 threats to global health.

NHS figures reveal the proportion of two-year-olds immunised against measles, mumps and rubella has slumped for four years in a row. And this is unquestionably dangerous.

To keep our children safe from ­infections, the immunisation rates have to be around 95% so that babies and youngsters can benefit from so-called herd immunity, which stops a disease outbreak and protects all children, vaccinated or not.

I sympathise with parents.

It’s ­difficult to ignore the myths spread by anti-vaxxers, especially when other parents are giving the same alarmist messages on forums and social media.

Conspiracy theories abound and no one is correcting them. It’s powerful stuff – so powerful that psychologists are calling it heuristic.

This means people assume something is more likely to be true if they’ve heard about it recently, or if they can remember having read about other examples of it happening.

The president of the Australian Medical Association has described choosing not to vaccinate children as “a form of child abuse” – and parents there who refuse to immunise now get their welfare benefits docked and access to childcare taken away.

The French government has done the same, announcing that parents who don’t vaccinate their children will be hit with fines and not be allowed to attend state-funded nurseries or schools.

So what should we in the UK do?

Continue to let this dangerous ­misinformation circulate on social media or take steps to have it taken down?

We should use our best efforts to have it taken down, of course.