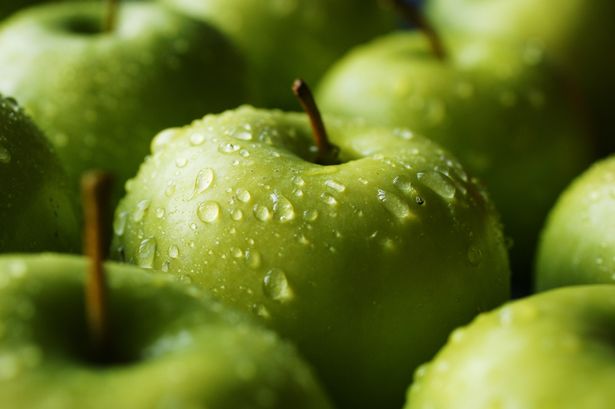 Researchers have shed new light on the miruculous health properties of apples – with a lot of ­benefits are gained from eating the skin.

They found that not only is the old adage about an apple a day keeping the doctor at bay true – it even slashes the risk of dying early by a third.

And women who eat one small apple daily are likely to have a longer life ­expectancy than those who don’t.

This is the conclusion of researchers at the University of Western Australia who followed 1,456 pensioners aged 70 to 85 for 15 years who completed food frequency questionnaires. Researchers used the data to see how apples impacted on their mortality.

Dr Jonathan Hodgson, from UWA, said it was down to high concentrations of fibre and flavonoids in the skin. So don’t peel your apples before eating.

Flavonoids are plant compounds found in fruit and vegetables including apples, berries, pears, strawberries and radishes and they are thought to help prevent cell damage.

Apple skin in particular has high levels of plant compound flavonoids. These not only work to prevent cell damage but also help to maintain a healthy weight.

“We have now shown that higher apple intake was associated with lower risk of all-cause mortality and cancer mortality in older women.”

The researchers chose apples because they are a popular fruit that is eaten everywhere. High levels of fibre found in apples has been linked to lower ­cholesterol and blood pressure and a reduced cancer risk.

They’re also a source of ­magnesium, potassium, vitamin C, and may help reduce the calories – particularly from sugar – that is absorbed from food.

Earlier this year, a study by the ­University of East Anglia and Harvard Medical School linked flavonoids to maintaining a healthy weight.

One of the richest sources of ­flavonoids is blueberries. Eating those found in an 80g handful every day for four years helped people to lose about 2lb 10oz.

Meanwhile, the average woman in the same period would put on about 2lb 3oz, and the average man 4lb 6oz.

“We found that increased ­consumption of most flavonoids was associated with weight maintenance, and even a modest weight loss,” said Professor Aedin Cassidy of the ­University of East Anglia.

“The results were consistent across men and women and different ages.”