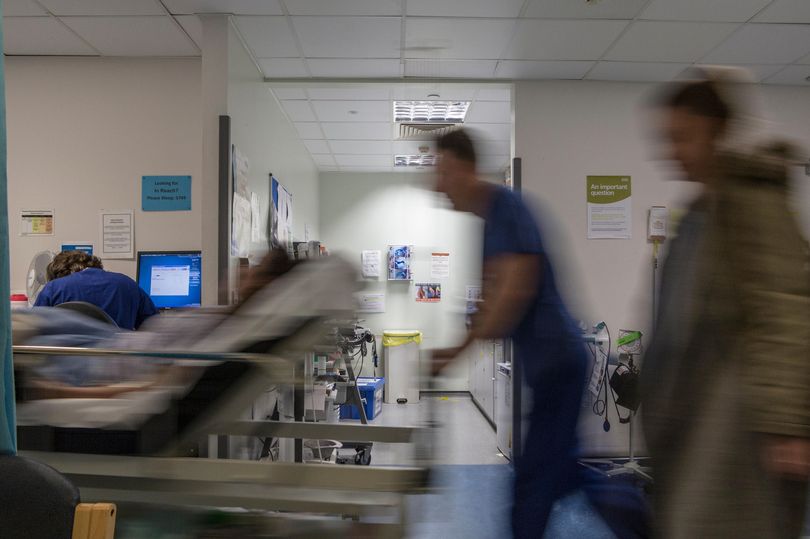 Two personal experiences of how the NHS treats acute emergency patients has ­convinced me we have a ­service second to none for acute ­medical cases.

But then again I live in central London. Each time the paramedics have offered me the choice of three hospitals with crack A&E departments and each time I’ve opted for St ­Thomas’s, which I reckon to be among the best on the planet.

Each time I’ve been seen within three minutes and a doctor arrived within 10. I was never placed on a trolley in a corridor and left waiting for hours, and tests were done shortly after arrival. Emergency treatment was started in the ambulance by ­paramedics before I reached A&E.

I know it isn’t the same in other parts of the country.

A friend who had the symptoms and signs of an obviously infected ­gallbladder (a surgical emergency) at the only A&E department in ­Northumberland waited seven hours to see a doctor and a further seven to get life-saving antibiotics the doctor had prescribed.

I know this is reflected around the country. Only one in seven patients arriving at A&E with a risky condition is seen by a consultant doctor, a major audit of 24,000 patients at 180 NHS hospitals found. The Royal College of Emergency Medicine audit focused on four risky conditions which their guidelines say should always involve a consultant review: babies under the age of 12 months with a fever; adults over the age of 30 with chest pain; over-70s with abdominal pain; anyone returning to A&E within 72 hours of discharge.

At the worst quarter of hospitals these figures dropped to 0% for feverish infants, 5% for chest pain, 4% for abdominal pain and 6% for returning patients.

One of the worst examples is that half of patients with sepsis symptoms wait more than an hour for treatment.

But a study involving 13,000 patients found only 44% got antibiotics within an hour of arriving at A&E, 45% were offered a blood test and 43% got ­intravenous fluids within 60 minutes.

The audit also found 31% of patients with these symptoms did not undergo a full set of observations including temperature, breathing rate, blood tests and urine output.

Dr Ron Daniels, chief executive of the UK Sepsis Trust charity, said ­treatment within an hour “has been proven to save lives”, adding: “Until we get this right, 140 people will continue to die every day.”