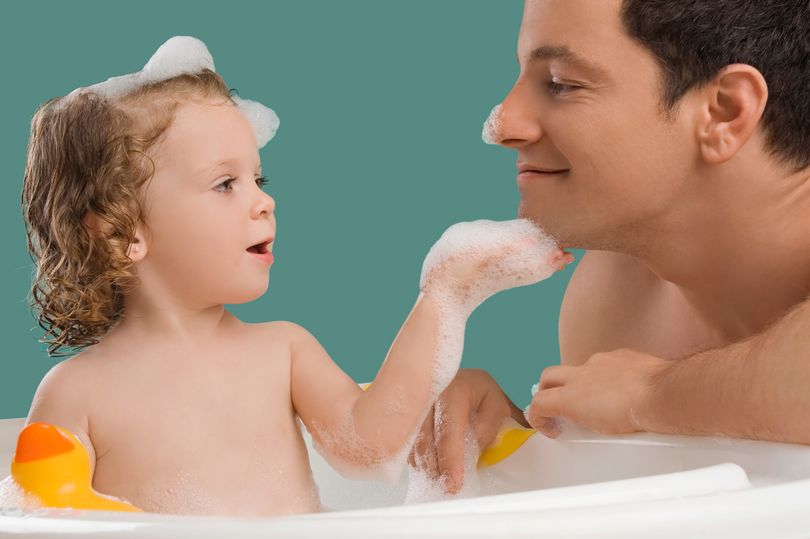 I’ve always been keen on dads.

Children really need them. There’s loads of research showing they’re crucial for the long-term wellbeing of their children.

And recently my interest in dads has soared as one of my sons has had his first baby and, it would seem, he’s a natural hands-on father.

He doesn’t know it, but because he’s so hands-on he’s lowering the chance of his baby daughter ever being overweight. That’s what the latest research points to.

Scientists, from Johns Hopkins and Harvard Schools, tracked 3,900 children in the US from the age of two until they turned four.

Those whose fathers played with them regularly or took them outside were a third less likely to be obese at the age of four.

And infants whose fathers took part in regular child care such as putting them to bed or giving them a bath were similarly less likely to be obese.

So men can have a significant impact on the health of their child simply by playing an active role in their upbringing. I don’t think enough men know about this crucial aspect of fatherhood.

Study leader Dr Michelle Wong said: “There is growing evidence of the importance of fathers’ involvement in raising children in other areas of the children’s development, and our study suggests that there may be benefits to child health as well.

“Because fathers devote more care-giving to playtime, they may have a compensatory role of taking children outside for a walk or to play when mothers, who typically shoulder the majority of care-giving, do not have sufficient time or energy.”

Experts say when fathers are involved, mothers are less stressed, which in turn improves children’s wellbeing and diet.

Fathers also have a unique impact as they’re more likely to play actively with their child, so they do more physical exercise and get outside more.

Research from King’s College, London has found that children born to men over 45 also tend to do better at school and at work.

This may be because older fathers are a different sort of role model and provide a better learning environment, usually being wealthier, better qualified and with a more established career in place.

We’re all increasingly worried about the growing rate of child obesity in the UK. A fifth of infants start primary school overweight, which increases to a third by the time they begin secondary school at the age of 11.

Dads could be our secret weapon!