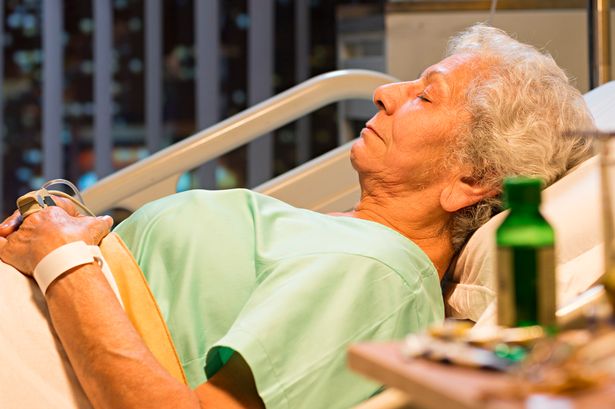 There are a lot of people like me who would not want any heroic measures from doctors as death draws near. We prefer nature to take its course.

But so great is pressure from families to keep their loved one alive, some dying elderly patients receive “invasive and potentially harmful” ­treatments during their last weeks of life.

In the biggest review of its kind, data from 1.2 million patients worldwide found people being subjected to ­excessive and unnecessary treatments that make no difference.

Australian researchers say some of the pressure comes from families who expect heroic interventions from medics.

Experts at the University of New South Wales in Australia covered 10 countries, including England, studying the ­experiences of families and found around a third of elderly patients with ­irreversible conditions – such as cancer – were given treatments of no benefit to them.

Terminally ill cancer patients were given chemotherapy in the last six weeks of life, while 10% of patients in irreversible decline were put in ­intensive care units.

A third of such patients received ­antibiotics and heart medicines, while almost as many were put through ­dialysis, blood transfusions or other life support. A quarter of patients who had “do not resuscitate” orders in their notes were resuscitated, while up to half ­underwent invasive blood tests and scans, the study found.

Research leader Dr Magnolia Cardona-Morrell said big advances in medical technology have led to unrealistic ­expectations about what doctors can achieve. She said: “It is not unusual for family members to refuse to accept the fact that their loved one is naturally
dying of old age and its associated ­complications and so they pressure doctors to attempt heroic interventions.”

Instead of focusing on the patient’s right to die with dignity, doctors took extreme measures. Some non-beneficial treatments that “prolong suffering rather than survival” are sometimes given against patients’ wishes.

She called for “honest and open” discussions with patients and their ­families to help avoid treatments that wouldn’t help prolong life.

I agree with that.

This helps families deal with their impending bereavement and harmful interventions at the end of life.