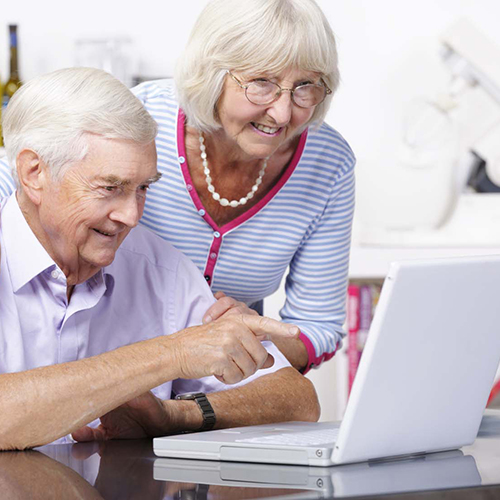 In the run up to menopause, the production of sex hormones slows down, the ovaries stop producing eggs and monthly periods become less frequent and eventually stop altogether.

After the menopause you can no longer get pregnant. The symptoms that arise are due to lack of oestrogen.

Most of them are cured by taking oestrogen in the form of hormone replacement therapy (HRT).

Most periods stop gradually. A few years before the menopause, they become irregular: you have them for several months then skip a month or two, then start again, with the interval between periods becoming longer and longer until eventually they stop completely.

If you’re over 50 and haven’t had a period for over six months, you’ve probably reached the menopause.

There’s no way that you can predict when your last period will be. The age when you first menstruated could be significant, and the earlier you start, the later you finish.

The age at which your mother had her menopause may also affect when you have yours although it’s difficult to prove.
Whether you took the oral contraceptive pill and the age at which you had your first and last child do not affect the timing. Smokers often have an earlier menopause by four or five years.

How can I prepare for the menopause?

For many women, the menopause can be a psychological, emotional and intellectual turning point in their lives, but it doesn’t have to mean a decline.

If viewed positively, the menopause can be rewarding and revealing. It gives us a perfect opportunity to look back at what we’ve done in the past, and what we might want to do in the future.