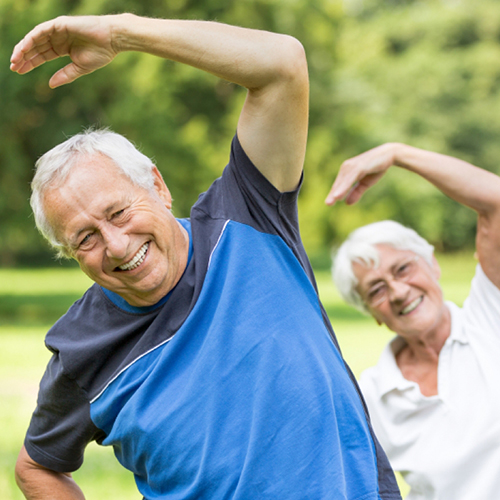 Osteoporosis is a particular problem for women after the menopause. Before that, healthy bone is constantly renewed and repaired by special cells called osteoblasts. The activity of these cells is controlled mainly by hormones, including oestrogen. As levels of oestrogen fall after the menopause, bone repair and replacement becomes less effective. A woman’s bones can begin to lose mass by up to 3 percent a year. By the age of 80, it’s possible that she’s lost up to half her bone mass.

Black women have a greater bone density than white women, so are at less risk of osteoporosis. Osteoporosis can occur in elderly men, though this is less common than in women.

Other risk factors
* People with impaired peak bone density may also be at risk of developing osteoporosis. Bone density generally peaks at around age 25-27, and is helped by good diet and taking plenty of weight-bearing exercise (see below). Some women have lower bone density than others, so will develop osteoporosis sooner at menopause.
* Anorexia lowers your peak bone density, as does repeated dieting, and therefore osteoporosis is more likely later on.
* If your mother has osteoporosis, your risk is higher.
* Osteoporosis occurs in women with premenopausal lack of menstrual periods caused by low oestrogen levels.
* Women such as ballet dancers, who exercise excessively on restricted diets, are prone to osteoporosis.
* The earlier menopause occurs, the greater the risk of osteoporosis.
* Hysterectomy and removal of the ovaries lead to loss of bone mass if hormone replacement therapy is not given.
* Taking corticosteroids such as cortisone or prednisone for longer than 6 months means you’re a candidate for osteoporosis.
* Other factors that increase risk of osteoporosis include: an overactive thyroid gland; chronic liver disorder; rheumatoid arthritis.
What are the symptoms?

Symptoms that may indicate osteoporosis include upper and lower back pain, aches and pains in the joints and limbs, and swollen finger joints. The most common symptom of the disease, however, is a bone fracture, especially after a minor fall that ordinarily wouldn’t be bad enough to have caused one. It’s often the first sign that osteoporosis is present. Fractures of the wrist or hip are especially common in osteoporosis, whilst compression fractures of the vertebrae in the back can also occur, leading to a reduction in height and an outward curving of the spine (also known as a dowager’s hump).

Since hip fractures and spine compression can be particularly disabling, osteoporosis must be taken seriously. Once fractures start, it’s a sign that up to one third of your bone mass has already been lost.

HRT will help in halting bone loss, preventing further fractures and replacing or repairing bone wherever possible. However, non-hormonal treatments are effective too. Calcium supplements are beneficial if they are taken in conjunction with HRT and with vitamin D – ask your doctor about what’s best for you.

Biphosphonates, including etidronate (Didronel PMO), risedrinate (Actinel) and alendronate (Fosamax) available in the UK, are non-hormonal treatments for osteoporosis, which work by switching off the cells that break down bone, thereby allowing bone-building cells to work more efficiently.

There’s also a class of drugs called SERMs which treats osteoporosis in menopausal women. They also prevent heart disease but don’t relieve other symptoms of the menopause such as hot flushes or dry vagina.