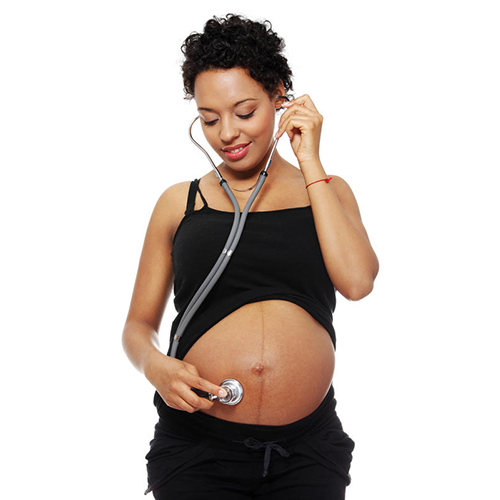 Here’s my advice on how seriously you should or shouldn’t be taking certain advice.

You can tell the sex of your baby by the shape of your bump and the way you’re carrying it. If your bump is high up and pointing forward it is going to be a boy. If you are carrying your baby to the front and lower down you’re expecting a girl.
False
The shape of the bump is related to your body shape and muscle tone and not the sex of the baby inside the womb. You’ll find that people are keen to talk to you about your pregnancy and join in the excitement. Speculating on whether you’re carrying a boy or a girl is a way of getting involved.

If your best friend twists your wedding ring around your finger three times you’re more likely to conceive.
False
No stretch of the imagination can see this myth grounded in fact.

If you have bad morning sickness you are expecting a girl.
False
There is no evidence to support this myth. Morning sickness is caused by low blood sugar. It is not affected by the sex of the baby.

Ginger biscuits can help morning sickness.
True
You may find this helpful. Some research in the 1980s found that 75 percent of pregnant women who took the equivalent of a teaspoon of fresh ginger when they had morning sickness found it helpful. Try it and see.

Don’t look at monkeys when you are pregnant or your baby will be born looking like one of our primate cousins.
False
This is obviously ludicrous. The likelihood of you seeing a monkey during your pregnancy is pretty slim but if you do, don’t worry: it won’t do you or your baby any harm.

If you sit on a bed and cut something with scissors or something sharp your baby will be deformed.
False
Myths can be fun but those which seek to apportion blame for any abnormality in your baby are very unhelpful.

If you crave sweet foods during pregnancy you are going to have a girl but if you crave savoury snacks you will have a boy.
False
Cravings are thought to be the body’s response to deficiency in certain minerals and trace elements. Indulge them where reasonable but keep away from the ones that are obviously harmful such as coal.

Don’t bathe or shower for a month after birth as it upsets the body’s internal balance.
False
I hope this myth doesn’t find favour as I would feel very sorry for any woman that was not able to enjoy a relaxing bath after labour or during the first few weeks at home with a small baby.