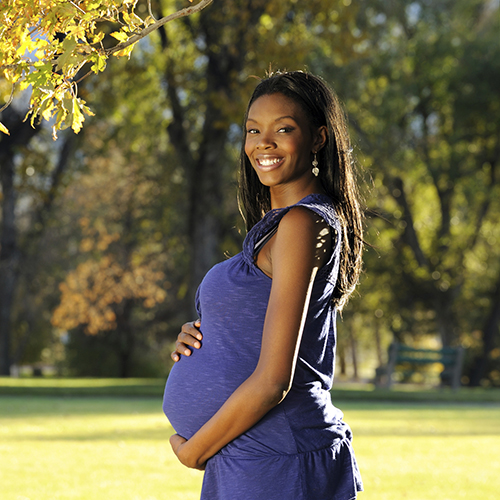 …have sex?
Yes. Having sex is safe in pregnancy unless there are medical reasons for abstaining.
In fact some women find that they enjoy sex more when pregnant as the high level of female hormones in body makes the breasts and sexual organs more responsive.
The most common reasons for avoiding sex in pregnancy are:
* if there is any sign of bleeding;
* if placenta praevia is suspected or confirmed – this is when the placenta lies in the lower part of the uterus instead of the usual upper part;
* in the last three months if you have a multiple pregnancy;
* in the last three months if you have a history of premature labour or are showing signs that you might go into premature labour;
* if your waters have broken.
…get drunk?
No. Alcohol is a poison that may damage the developing baby. The main risks to the baby are mental retardation, retarded growth and damage to the brain and nervous system.
The effects are variable. Some heavy drinkers seem to get away with it while others who drink less it has more of an effect. It is best to avoid alcohol in pregnancy altogether.

No. Avoid this during pregnancy. Toxoplasmosis is a common infection which causes mild flu-like symptoms in an adult but it can cross the placenta and seriously damage an unborn baby causing blindness, epilepsy and developmental delay.

Toxoplasmosis can be picked up be eating raw or undercooked pork or steak. Be careful that you cook any meat thoroughly and if you are eating out, particularly abroad, ask to have it cooked well.

No. Avoid raw fish, especially shellfish as it may be polluted and cause severe gastrointestinal illness. Give sushi a miss during your pregnancy and thoroughly cook all fish to kill any disease-causing organisms.

Some cheeses, yes. But you should avoid soft cheese made with unpasteurised milk (it could harbour listeria), and some smoked cheeses. Smoked cheese, along with other smoked and preserved food such as meat and fish, contain the active agent nitrate. This can react with the haemoglobin in your blood and reduce its oxygen-carrying capacity.

Caffeine in tea and coffee is a stimulant and should be avoided. The tannin in tea interferes with iron absorption so drink organic herbal teas instead.

No. Research four years ago showed that taking steam baths, saunas and jacuzzi in early pregnancy can increase the risk of neural tube defects such as spina bifida.

Extremes of heat are also more likely to cause dizziness and fainting in pregnancy. Avoid them as in pregnancy they offer risks with no particular benefit.

No. If you are asking this question you must have your head in the sand and be in denial about your need to give up smoking now you are pregnant. Smoking is one of the most damaging factors to the health of your unborn baby. The risks include miscarriage, stillbirth, babies of lower birth weight and an increase in foetal abnormalities.

No. The answer to this question is as obvious as the last one. Never use cannabis during pregnancy. If you smoke while pregnant the drug affects the baby through the placenta. The baby feels the same effects as you but to a much greater extent.

And there is a strong link between smoking cannabis while pregnant and a baby having abnormalities.

Yes, but if you are going on a long car journey, take regular breaks and take a short walk and ensure good circulation. Fasten your seat belt across your pelvis not across your bump.

In the last two months of your pregnancy it is inadvisable to travel too far from home and your local hospital. Journeys over 30 miles should be more carefully considered and should not be taken alone. Carry a mobile phone with you just in case.

Yes. Travelling by air poses no special risks to you or your baby. The airlines will usually permit you to travel on domestic flights until 36 weeks gestation while international flights restrict travel after 32 weeks.

These restrictions are imposed because of concerns that you might go into labour on the flight.

When flying ask for an aisle seat at the bulkhead to give you the most space and comfort or a seat over the wing or towards the front will give you the smoothest ride.

Take a walk every half an hour and flex and extend your ankles to keep your circulation going. Drink plenty of water. Fasten the seat by buckling it low on your hips.

Yes. If you do go on holiday overseas, be aware of food-related illnesses such as listeria. Follow any advice given in guidebooks or the local tourism information centre about only drinking bottled water. Check with your doctor about the safety of any vaccinations you may need to have. Some (such as typhoid) may be harmful to your baby.

…work at a computer screen?

Yes. It’s generally accepted that the radiation emitted by equipment such as printers, photocopiers and computer video display terminals is not dangerous to you or your baby.

But do take extra care and make sure that if you are photocopying that you keep the top of the photocopier closed when the machine is copying.

Be careful. Toxoplasmosis is a common infection which causes mild flu-like symptoms in an adult but can cross the placenta and seriously damage an unborn baby causing blindness, epilepsy and developmental delay.

As well as being found in raw meat, toxoplasmosis can be picked from the faeces of infected cats and dogs.

* Don’t feed raw meat to your cat or dog. Keep their food bowls away from everything else.
* Wear gloves when gardening and avoid soil used by cats.
* Don’t stroke other people’s pets.
* Don’t empty your cat’s box or use your dog’s poop-scoop. If you can’t avoid it then wear gloves and wash your hands in disinfectant afterwards.
* Wash your hands after petting your animals.

Yes. Exercising regularly during pregnancy will keep you supple and will help to maintain your stamina to meet the demands of pregnancy and labour.

You can get involved in most sports until the last three months of pregnancy as long as you have been doing that sport regularly beforehand. Swimming, yoga and walking are good forms of exercise during pregnancy.

Some sports such as cycling, skiing and horse riding should be avoided once you are bigger as your balance will be thrown off.

Avoid jogging when pregnant as it is hard on your breasts and jarring for your spine, back and knees. Sit-ups should be avoided as the pull on your abdominal muscles is too much during pregnancy.

Yes. Yoga’s an excellent way of preparing for pregnancy but is a philosophy that pervades the whole of life. It’s not really something that you can do casually, so for it to have any benefit you should probably have started doing it long before getting pregnant.

No. High heels are not a good idea in pregnancy, particularly the bigger you get. You will find it hard to balance and they will probably give you backache. Wear flat or low-heeled comfortable shoes.

No. Be sensible. It’s not a good idea to try and lift objects that are too heavy for you. Get someone to help you. If you do any lifting make sure you lift safely.

Bend your knees and keep your back as straight as you can. Hold the object close to your body and use the strength in your legs and thigh muscles to do the lifting.

If you are carrying heavy bags divide the weight equally between both your hands.

No. It’s best to avoid taking any medicines during pregnancy. The long-term effects of many drugs on the unborn child are still largely unknown. Consult your doctor before taking any drugs.

Of the more common painkillers aspirin can cause problems with blood clotting and paracetamol, while safe in small doses, larger doses can damage your baby’s kidneys and liver.